Add icacallbacks module. Interchain accounts are very useful, but ICA calls triggered by automated logic on Stride are limited in functionality and difficult to work with due to a lack of callbacks. Most of Stride's interchain account logic is triggered epochly from the BeginBlocker, and state updates on Stride must be made after ICA calls are issued, based on the success / failure of those calls.

The challenges faced before creating the icacallbacks modules were:
(1) Messages must be handled one-off (by matching on message type) - really what we want to do is update state in acks based on the transaction sent
(2) Message responses are almost always empty, e.g. MsgDelegateResponse, which leads to
(3) Matching processed messages to state on the controller is very challenging (sometimes impossible) based on the attributes of the message sent. For example, given the following type

two ICA bank sends associated with gifts that have the same from, to and amount but different reasons are indistinguishable today in acks.

icacontroller solves the issues as follows

The flow to add callbacks is to call ICACallbacksKeeper.SetCallbackData after sending an IBC transaction. When the ack returns

The middleware structure is as follows 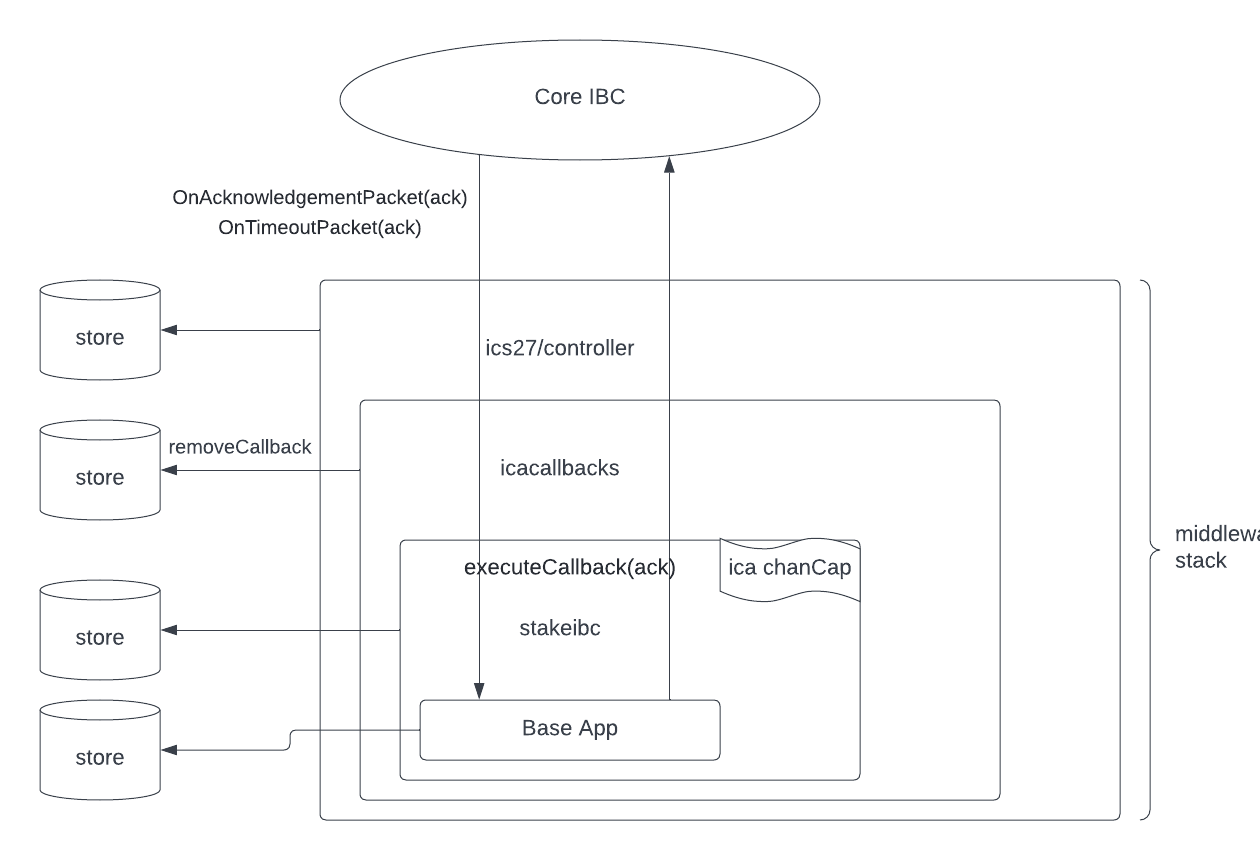 The icacallbacks module does not currently emit any events.

Updated about 2 months ago